Waterbury, VT — The American-Canadian Tour (ACT) has released the 2022 ACT Late Model Tour schedule. The series will once again hold 12 point-counting events throughout the Northeastern United States and Quebec with eight different tracks on the schedule. 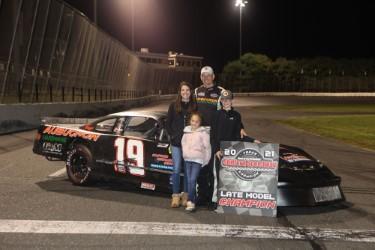 (Stafford Springs, CT)—After two winless seasons driving for Rob Russell, Michael Bennett made the decision over the off season to go back to being an owner/driver in the hope that would help him get back to NAPA Victory Lane in Stafford Speedway’s Late Model division.  Bennett and the #19 Aubuchon Hardware team not only found their way back to victory lane, but put together a season that saw Bennett win his second career Late Model championship at Stafford, which was his third overall career track title. 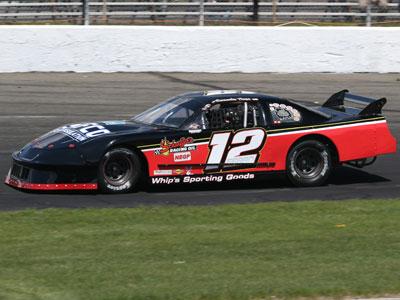 (Stafford Springs, CT)—After losing out on the 2020 Limited Late Model championship by virtue of a tie-breaker, Alexandra Fearn entered the 2021 Limited Late Model season at Stafford Speedway with some extra motivation.  That motivation, combined with a good car and crew, helped guide Fearn to a season opening victory that she followed up with 5 more wins to propel her and the #12 Broad Brook Brewing / SAFCO Foam team to her very first track championship at Stafford.

(Stafford Springs, CT)—The 2020 season at Stafford Speedway saw a 3-way title fight between Andrew Durand, Alexandra Fearn, and Jeremy Lavoie that was only settled by a tie-breaker margin at season’s end.

Barre, VT — Morrisville’s Brandon Lanphear topped one of the year’s most dramatic events at Thunder Road by taking the WDEV Radio/Calkins Portable Toilets Trophy Dash on Friday, September 10. Lanphear got the lead for good with three laps remaining in the 50-lap Maplewood/Irving Oil Late Model feature, then held off Chris Roberts and Brendan Moodie for his first ever Late Model victory.

(Stafford Springs, CT)—Over a nearly 30 year career at Stafford Speedway, Tom Fearn has become one of the track’s winningest drivers with 74 career wins.  Fearn is the winningest driver in 2 different divisions at Stafford, with 57 wins in the Late Model division and 17 wins in the ProStock division.  Fearn’s 74 career wins ranks fourth on the all-time list and places him behind Ted Christopher with 131 wins, and currently active drivers Woody Pitkat with 78 wins and Keith Rocco with 76 wins.

(Stafford Springs, CT)—Stafford Speedway’s Late Model division will take center stage this Friday night, September 3rd with the running of the Paradiso Insurance Late Model 50. Wayne Coury, Jr., driver of the #10 Wayne’s Auto Body Chevrolet, will be out for redemption in this year’s edition of the extra distance event as he started 6th and led from lap-5 to lap-19 before a flat tire ruined his chances at victory in last year’s Late Model 50.