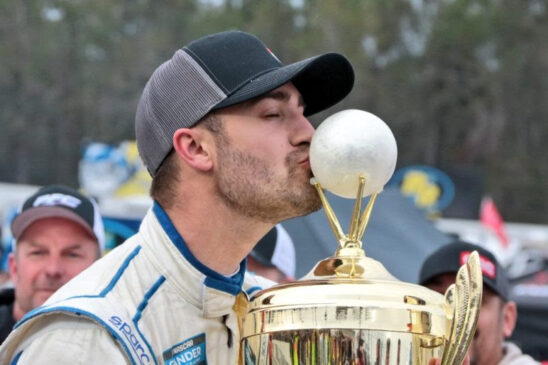 The 53rd Annual Snowball Derby provided another finish that fans will remember for a long time.  Ty Majeski prevailed in a back-and-forth battle with Derek Thorn in a five-lap shootout for his first win in Super Late Model racing’s biggest race.

Saturday, April 10, 2010 – On this day in history, Ryan Newman led just four laps and beat NASCAR Hall of Famer Jeff Gordon to the finish by a mere 0.130 second in the NASCAR Cup Series race at Phoenix Raceway. Newman took the lead on the final NASCAR Overtime restart and led the final two laps to win his 14th of his 18 NASCAR Cup Series career wins.

The AmericanTrucks.com (AT) Positive Payload program is announcing another deserving charity as the recipient of our $2,000 annual grant!