Sunday, April 14, 2002 – On this day in history, driving for Joe Gibbs Racing NASCAR Hall of Famer Bobby Labonte took the lead with 55 laps to go from fellow NASCAR Hall of Famer Tony Stewart to win the NASCAR Cup Series race at Martinsville Speedway – an event that ended under caution. In 42 starts at Martinsville the victory was Labonte’s lone win on the historic short track.

Sunday, April 6, 2003 – On this day in history, Dale Earnhardt Jr. won his fourth consecutive NASCAR Cup Series race at Talladega Superspeedway (2001 Fall, 2002 sweep, 2003 Spring) beating Kevin Harvick to the line by a mere 0.125 second. The win set the record for the most consecutive victories in NASCAR Cup Series history at Talladega Superspeedway. 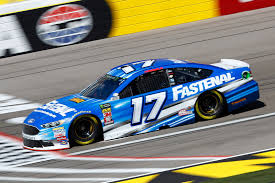