Sunday, April 15, 2007 – On this day in history, NASCAR Cup Series driver Jeff Burton, driving for Richard Childress Racing, led just the final lap when he stole the win from Roush Fenway Racing’s Matt Kenseth in the NASCAR Cup Series race at Texas Motor Speedway. The last lap win was Burton’s only victory in 2007 and the 19th of his 21 win career.

Sunday, April 8, 2002 – On this day in history, retired NASCAR Cup Series champion Matt Kenseth came from the furthest starting spot in the field (31st) to win a NASCAR Cup Series race at Texas Motor Speedway. Kenseth swapped the lead with NASCAR Hall of Famer Tony Stewart five times in the closing laps of the race to take the victory. It was Kenseth’s second of five wins in 2002.

Check out all the latest news and notes, including race times, for this weekend’s Strat 200 from Las Vegas… 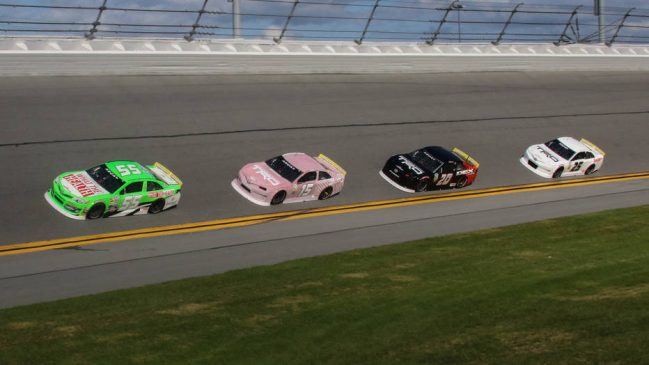 DAYTONA BEACH, Fla. (Jan. 11, 2019) – Daytona Beach residents are familiar with the roar of engines being heard from Daytona International Speedway, especially this time of the year. On Friday however, it was the loud distinct noise of ARCA Racing Series’ stock cars testing the high banks of the speedway for February’s Lucas Oil 200 Driven by General Tire that could be heard throughout the city.