HOLTSVILLE, N.Y. — With just two races remaining in the NASCAR Whelen Modified Tour championship fight, Justin Bonsignore is returning home to Riverhead Raceway this weekend. The driver of the No. 51 Kenneth Massa Motorsports entry returns to his home track in New York, where he has eight Whelen Modified Tour wins in 20 starts.

Thompson, CT — Tolland, CT’s Ronnie Williams made it two in a row with the Outlaw Open Modified Series by capturing the Twisted Tea Tripoint Showdown 75 at Connecticut’s Thompson Speedway Motorsports Park on Wednesday, September 15. Williams followed a similar script to his Midsummer 75 victory in August by coming on strong late in the going to take home another $5,000 top prize at the final tune-up for the $20,000-to-win Thompson 300.

Beech Ridge welcomes back the Granite State Pro Stock Series tour for its second visit of the season, pairing top regional teams with the hometrack Pro Series teams! Ridge drivers have had the hometrack advantage in prior races, will the Granite State teams have the historic oval figured out this time around? The full race card featuring all of your Thunder and NASCAR weekly series teams take to the track at 4pm this Saturday.

N. Woodstock, NH — St. Johnsbury, VT’s Stacy Cahoon finally snapped out of a season-long skid with a victory in the New Hampshire Governor’s Cup at White Mountain Motorsports Park on Saturday, July 24. The reigning Foley Oil & Propane Late Model champion inherited the lead following a crash just past the quarter-pole in the 100-lap special and went on to his first victory of the year. 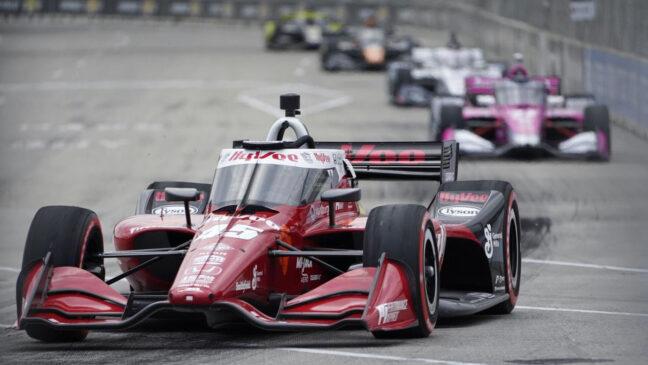 CHARLOTTE, N.C. (AP) — Santino Ferrucci wants to race, in NASCAR and IndyCar or anywhere he can get a seat. But he agrees with Graham Rahal, who a week ago said Ferrucci must stop crashing in IndyCar to be considered for a long-term addition at Rahal Letterman Lanigan.