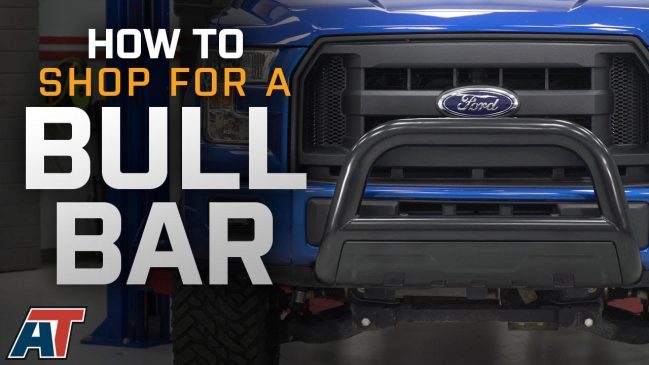 Truck owners looking to add some character to their F-150 often struggle with choosing from the endless options available to protect the front of their truck.

PAOLI, Pa. (December 12th, 2018) – Load the parts cannon—it’s time for an F150 Ecoboost Street Build from AmericanTrucks! In this episode of “The Haul”, Justin Dugan grabs the keys to one of his fellow coworker’s 3.5L Ecoboost equipped 2017 F150 Lariat SuperCrew for some street-able, family-friendly upgrades. From bolt-ons to tuning and dyno pulls, watch Justin turn this “Dad-truck” into a “Rad-truck”!