HARRISBURG, N.C. (Feb. 12, 2021) – Already well-versed in athlete and talent representation across the sports and entertainment industries, KHI Management has expanded its scope of services to include youth sports.

Founded by championship-winning NASCAR driver Kevin Harvick, KHI has proven to be a class-leading agency with an array of services from career management to brand development. It represents some of the biggest names in NASCAR, UFC, PGA, motocross and music, giving KHI an eclectic set of best practices that benefits its client roster exceptionally well.

That expertise is now being applied to the next generation of athletes, with KHI announcing its representation of three future stars – 13-year-old Nicholas Jackson, 12-year-old Brent Crews and 8-year-old Keelan Harvick, son of KHI’s founder. 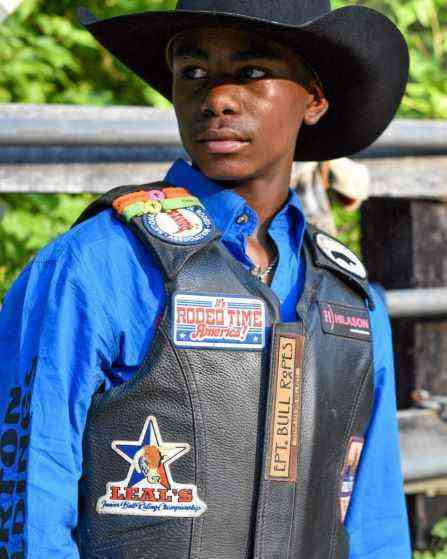 Jackson is a championship-winning bull rider who won the 2020 Junior World Bull Riding Finals in Fort Worth, Texas, last December. Crews and Keelan race go-karts, with Crews an established karting star with multiple championships while Keelan is an up-and-coming racer who won the 2021 Superkarts! USA (SKUSA) Winter Series Nationals in January at the AMR Homestead-Miami Motorplex.

Jackson is from Prince George’s County, Maryland, and will compete in five major events in 2021 – the Patriot Junior American Rodeo, the National High School Rodeo Association, the Western Legacy Series Rodeo and the National Junior High School Rodeo Finals before capping his season with a title defense at the Junior World Bull Riding Finals.

“It’s an honor to be a part of such an awesome team at KHI Management,” Jackson said. “Being great on a bull is obviously a big part of having a successful career, but being great away from the arena is just as important. There’s a lot I can learn from Kevin and all that he’s experienced that I can apply to my own career.”

Crews is a native of Denver, North Carolina. He owns 12 national karting championships and three world karting titles on pavement, but has proven to be just as proficient on dirt, winning the 2019 Knoxville Open Outlaw Karting Nationals and the 2020 California Speedweek Championship in the non-wing micro division. He will compete in a variety of series in 2021, including a full season in the POWRi National Midget Series and a limited sprint car schedule in the United Sprint Car Series.

“At the beginning of my career I was told that I was either too young, too aggressive, racing too much stuff and just not ready, but the more people said I couldn’t do something, the more I wanted to prove them wrong, so I did,” Crews said. “I just kept working hard and winning, and then I met Kevin. My goal has always been to be the best racer I can be, so when one of the best NASCAR drivers on the planet asked me and my family about working together, it was easy to say yes. I’m super excited to be with KHI Management and to learn as much as I can about racing and everything that goes along with it. I can’t wait to get started.” 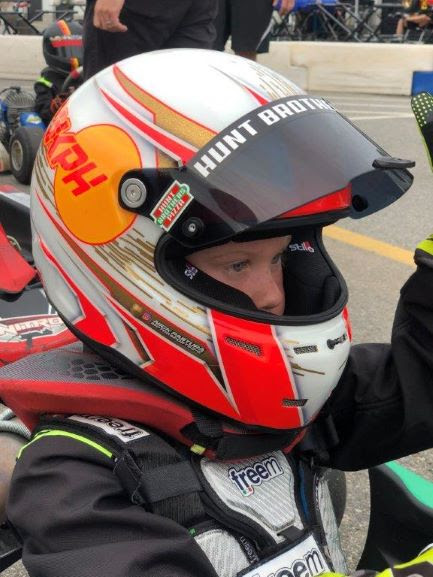 Keelan, the youngest member of KHI’s youth sports division, has already claimed two SKUSA National race wins in 2021 and will see an increased karting schedule that will include dirt ovals in addition to pavement road courses.

“Working with my dad is fun,” Keelan said. “I can’t think of anybody else I’d rather learn from than him.”

“Racing with Keelan has made me realize how much I like working with kids in sports,” Kevin said. “Nicholas and Brent are extremely talented in what they do, and we want to help them progress their careers to be professionals just like we’ve done with all of our clients.”

KHI Management is a full-service sports and celebrity-marketing agency representing some of the most successful and high-profile professionals in the sports, broadcasting and music industries, as well as offering a variety of consulting and marketing services to corporate sponsors. In representing many of the biggest names in NASCAR, UFC, PGA, motocross and the music industry, KHI Management consistently maximizes its client’s brand awareness and marketplace value. Founded by NASCAR Cup Series champion Kevin Harvick, KHI Management affords clients the opportunity to leverage their brands across multiple sports and entertainment platforms via a singular agency with an array of services ranging from career management and media relations to licensing and philanthropy. Prior to founding KHI Management, Harvick and his wife, DeLana, co-owned Kevin Harvick Inc. (KHI), a three-time championship-winning NASCAR Truck Series and NASCAR Xfinity Series team. Proficiency in managing the day-to-day operations of organizations and drivers at the top levels of NASCAR laid the foundation for a seamless transition to athlete, artist and entertainer management.