He was every bit as successful as a stock car driver winning championships at New London, West Peabody, Seekonk, and Norwood. He was also a winning URC sprint car driver. Dave was inducted into the NEAR Hall of Fame in 2012 and is a member of the Midget Auto Racing Hall of Fame. His first feature win took place in 1941 when Dave was 21. His final feature win was in 1986 at age 61. He drove the first Badger midget (owned by John McCarthy) to NEMA Championships. That car is on display at the North East Motor Sports Museum. 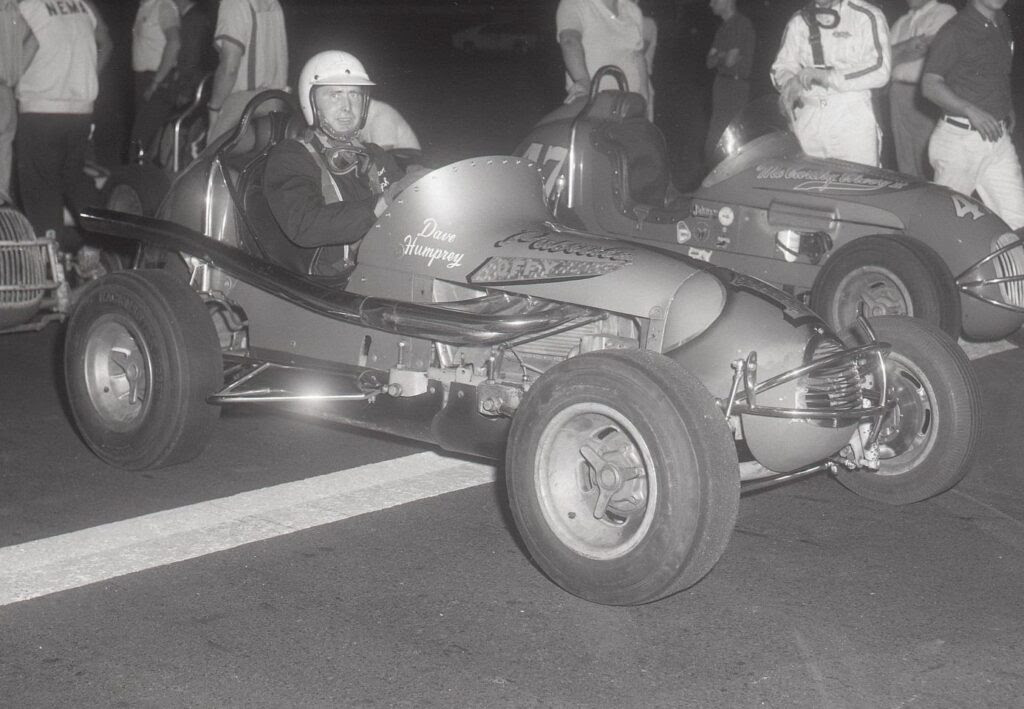