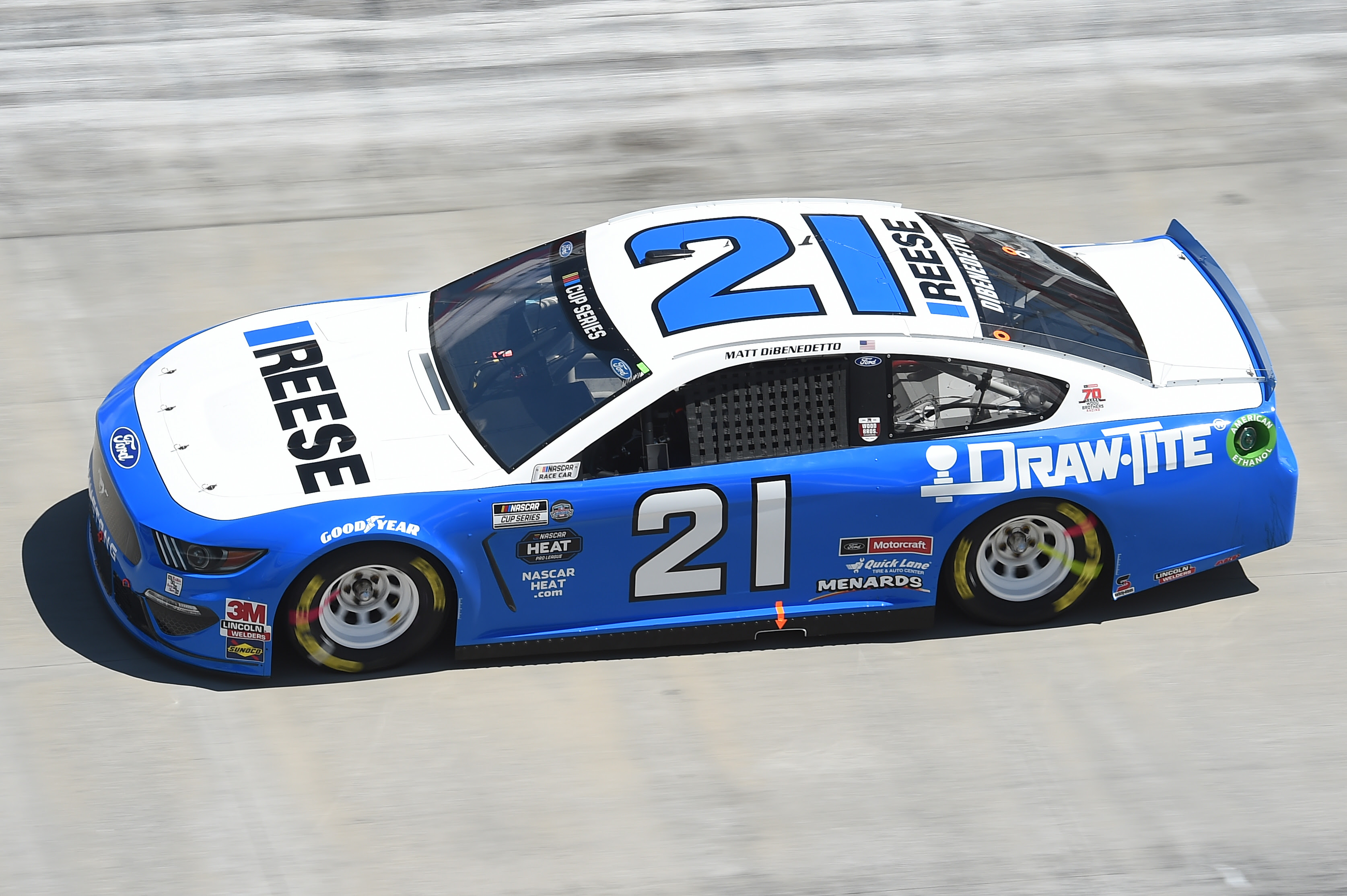 Matt DiBenedetto and the No. 21 REESE/Draw-Tite Ford team had some early success in Sunday’s Food City Presents the Supermarket Heroes 500 at Bristol Motor Speedway but were collected in a mid-race multi-car incident and wound up with a 31st-place finish.

DiBenedetto started ninth after the line-up for the top 12 starting spots was set by a draw among the top 12 teams in car owner points.

He struggled with a loose handling condition in the opening laps but took the lead by staying on the track when the yellow flag flew at Lap 62 for the second of two competition caution periods.

He held the top spot for four laps, the third-straight race in which he paced the field, then finished seventh in the first 125-lap Stage despite riding on older tires than many of his competitors.

Entering pit road at the end of Stage One, DiBenedetto was nabbed for speeding and sent to the rear of the pack for the restart.

As he was working his way forward, he was swept up in a nine-car crash on Lap 231. He wound up spending 43 laps in the garage while the REESE/Draw-Tite team replaced a broken tie rod. He rejoined the race and ran until the finish, moving up to 31st position but dropping two spots in the Cup Series standings to 13th.

A frustrated DiBenedetto was able to find some bright spots on an otherwise disappointing day.

“We hung on with old tires to get stage points,” he said. “The car was plenty fast.

“Then we got a speeding penalty, and were driving back through the field and broke a tie rod.

DiBenedetto said what he needs most is simple – a change of racing luck, such as that being enjoyed by his fellow Team Ford driver Brad Keselowski, who has won two of the last three races by capitalizing on others’ misfortunes in the closing laps.

“We need to borrow his horseshoe,” DiBenedetto said.

DiBenedetto and the No. 21 team now head to Atlanta Motor Speedway next Sunday for the Folds of Honor/Quik Trip 500.
Horizon Global
Headquartered in Plymouth, MI, Horizon Global is the #1 designer, manufacturer and distributor of a wide variety of high-quality, custom-engineered towing, trailering, cargo management and other related accessory products in North America and Europe. The Company serves OEMs, retailers, dealer networks and the end consumer as the category leader in the automotive, leisure and agricultural market segments. Horizon provides its customers with outstanding products and services that reflect the Company’s commitment to market leadership, innovation and operational excellence. The Company’s mission is to utilize forward-thinking technology to develop and deliver best-in-class products for our customers, engage with our employees and realize value creation for our shareholders.

Horizon Global is home to some of the world’s most recognized brands in the towing and trailering industry, including: Draw-Tite, Reese, Westfalia, BULLDOG, Fulton and Tekonsha. Horizon Global has approximately 3,600 employees.  For more information, please visit http://www.horizonglobal.com .

Wood Brothers Racing
Wood Brothers Racing was formed in 1950 in Stuart, Va., by Hall of Famer Glen Wood. WoodBrothers Racing is the oldest active team and one of the winningest teams in NASCAR history. Since its founding, the team won 99 races (including at least one race in every decade for the last seven decades) and 120 poles in NASCAR’s top-tier series. Fielding only Ford products for its entire history, the Wood Brothers own the longest association of any motorsports team with a single manufacturer. Glen’s brother, Leonard, is known for inventing the modern pit stop. The team currently runs the Ford Mustang driven by Matt DiBenedetto in the famous No. 21 racer.